I’m working on a post about my whirlwind visit to the Finger Lakes of New York last week, but today’s post is about Winterthur and the drive across PA last Sunday.

After Mom’s meetings in Harrisburg on Friday (during which I toured the capitol and state museum), and our foray into family history at the Conrad Weiser Homestead on Saturday, we sailed farther east and visited the Winterthur Museum and Gardens in Delaware.

Mom went to Winterthur a few years ago, and she knew I would love the house and gardens, so we scheduled a noon introductory tour. I had expected to learn a little more about the house than the items inside it, but for an introductory tour, it certainly gave me a lot to look at.

I’m not really interested in the family who lived there (the Du Ponts of chemical and industrial fame) or in their collections, but boy did they collect! I think the guide said they owned 52 sets of dishes in order to match them to whatever flowers were in season. The point of the collections was not just to have stuff, but to celebrate early Americana. In fact, the last addition to the house—taking it from about 70 to more like 150 rooms—was with the express purpose of turning the house into a museum. Still, it’s crazy to look at everything in that house and know it came from one family’s private collection. 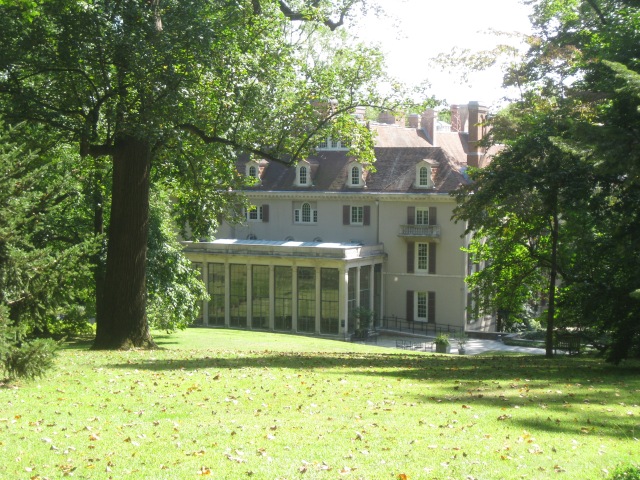 One very, very, very small view of the 8-story house.

The house also has a rotating gallery, which at the moment has three shows going: The Diligent Needle, about early embroidery (obviously, Mom went crazy for that); A Colorful Folk, about Pennsylvania Germanic art (which I sort of fell in love with); and Tiffany Glass: Painting with Color and Light, which the rest of the world was drooling over. I realized only later that the Tiffany exhibit had opened just a few days before, which explains why it was almost always the first thing out of anyone’s mouth that day. 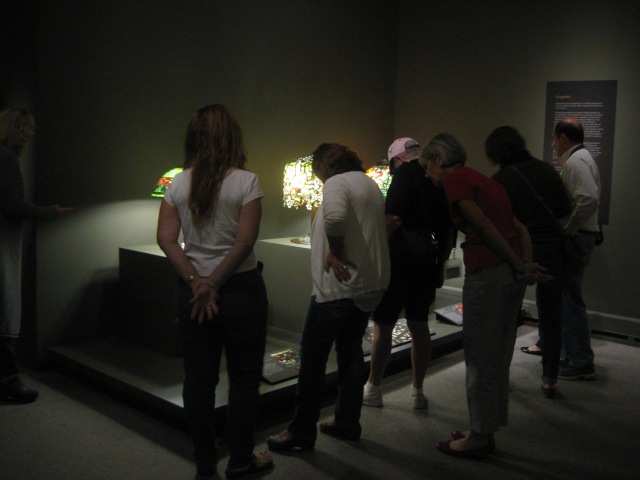 All the people ever were there for the Tiffany exhibit.

This portrait of Rebecca Pritchard Shrewsbury Mills and her Daughter Eliza Shrewsbury reminds me of me and mom. Mom’s got her stitching; I’ve got my book.

After exhausting ourselves walking all over the museum and taking a very enjoyable tram ride through the acres of garden, Mom and I headed back west across the state. I do love Pennsylvania. It’s such a foreign place to the rest of the world, and sometimes I’m pretty sure technology just doesn’t know what to do with it. For example, Google maps consistently mispronounces things:

Then there’s the eastern half of the state, specifically, where we drove through the towns of Intercourse and Mount Joy and dodged horse poo along the side of the road.

I’m kind of happy to have a PA (pronounced “P.A.,” Google, not “pah”!) license again and call this place home.

Stay tuned next for my adventures in New York wine country!

One thought on “Winterthur Museum and Gardens, Delaware”