It all began innocently enough. Just breakfast, we said. Catch up a bit, we said. I know a great place called Mugshots, my friend said, and we can get a bite there before I go to work.

So it always begins.

But Philly is a city of quick changes and big ideas—just look at what happened there in 1776—and what might begin as breakfast with a couple of friends can too easily end behind bars.

The friends in question are the brother and the maid of honor of a dear friend whose wedding I was honored to be in over the summer. Discovering I liked her friends and family as much as I like her, I made a point of looking them up while I was in Philly this past weekend. Heather suggested Mugshots, Josh said he’d meet us there, and so we found ourselves drinking tea, swapping stories, and laughing way more than is typical for me that early in the day.

But then Heather had to go to work and Josh learned I didn’t have to be anywhere till 11:30. “Let’s go to Eastern State Penitentiary,” he suggested. He was off that day and it was just down the street.

Okay, so said cop was off-duty and the titular prison hasn’t been active since the 70s. The fact remains I spent about an hour behind the stone walls of the world’s first penitentiary before skipping town Monday morning.

Til and I had planned to go to Eastern State Penitentiary on Friday, but we spent longer at the Barnes than we anticipated and never made it there. And while it sounds odd to say I was delighted to go tour a prison, that’s just how I felt when we walked through the iron gate.

Not that it was delightful. Sure, we made jokes while walking the cell blocks, and some of the art installations were amusing, but I could too easily imagine the joy sucked out of me if I’d been forced to stay in any of those cells. 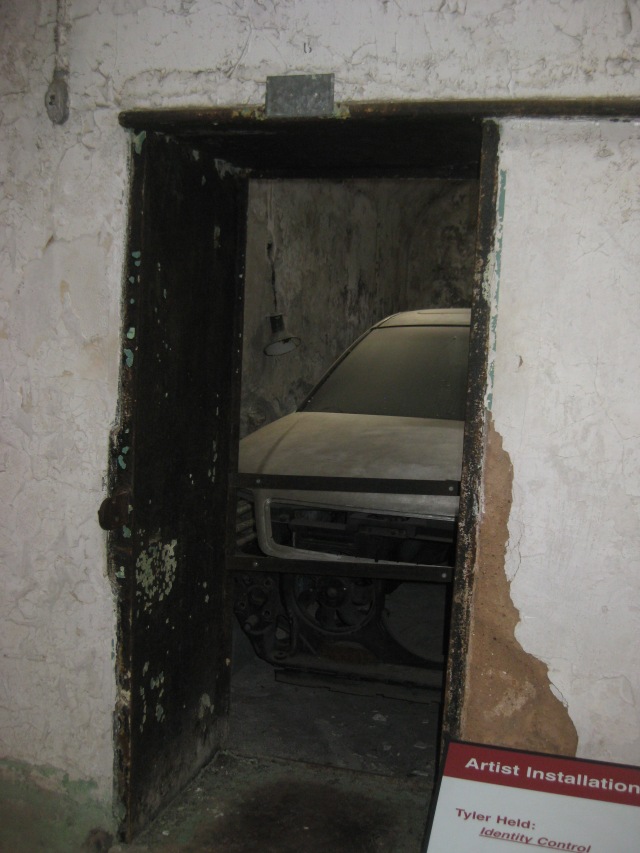 Now how did that get through the door?

Its most famous inmate made the best of it.

But not everyone had it so cozy. 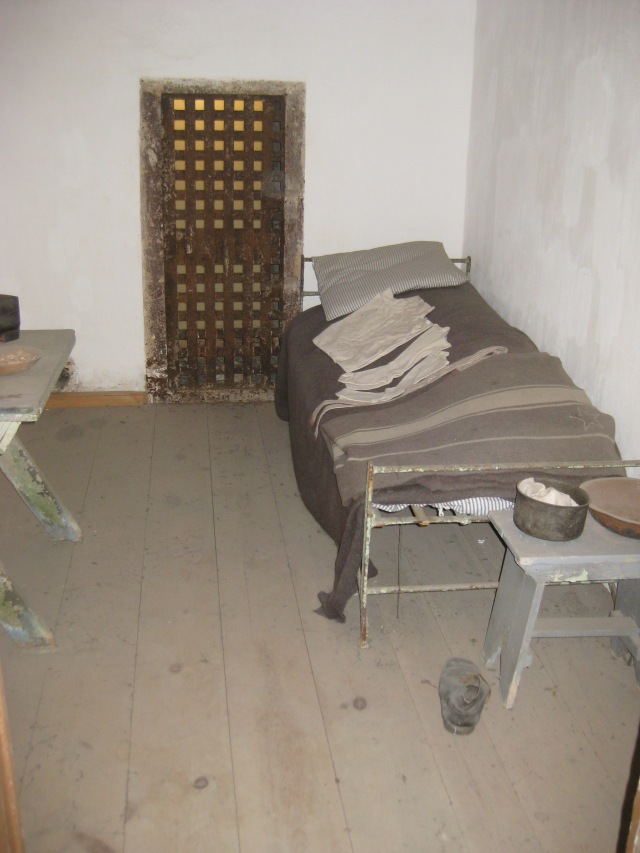 Although sometimes inmates still appeared to have fun.

”…1955. The meaning of their project has long been forgotten.”

When I wasn’t mentally checking myself in as an inmate and imagining life behind those walls, the architecture nerd in me was beside herself. What is it about chipped paint, wrought iron, and mold that makes a place picturesque? The place fell into ruin between 1971, when the last inmates left, and the 80s, when the ghost tours began, but it’s now being preserved as a stabilized ruin. 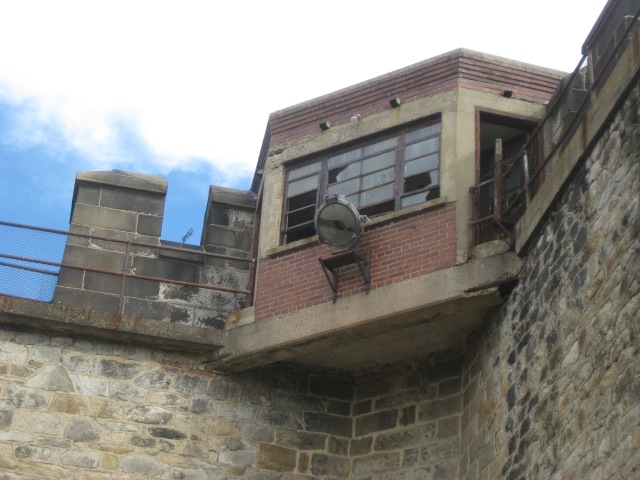 Guard tower in one corner.

I prefer it this way. Somehow the broken windows and crumbling roofs do more to capture the mood than a full restoration ever could.

3 thoughts on “And Then a Cop Took Me to Prison”